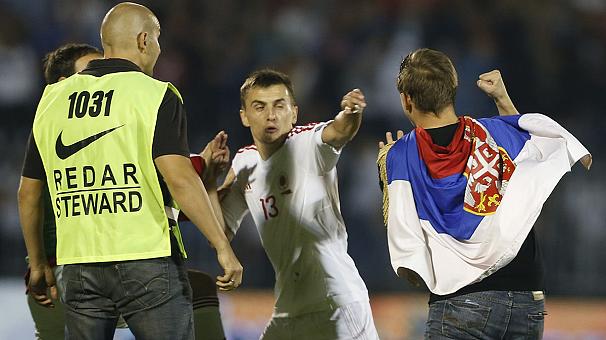 Among chants of "Kill Albanians", burning NATO flags, and bottles being thrown from the stands the Albanian National Side was able to gain control of the midfield, taking three very dangerous shots on target and unnerving the Serbian side and fans. The game, a qualifier for the Euro 2016 was to be played without any Albanian fans in the stands.

As the mach started, the Serbian fans were chanting: "Kill Albanians"

Upon entering the stadium the Albanian Delegation found themselves being escorted the way they do with dangerous criminals. The President of the Albanian Federation was hit with a piece of wood while going in. He turned that object in as evidence. Once inside the Stadium Serbian war songs and insults could be heard filling the air. Infamous hooligans whom UEFA has banned for life for previous episodes of violence were seen directing the chants. These folks should not have been in the stadium, yet somehow, they were let in while Albanian supporters were banned. Even the Official Band joined in with war marches that carry racist lyrics.

The Serbian Football Federation sold, than canceled tickets to Albanian supporters, citing security concerns for the decision, an unprecedented move, that was nevertheless respected by the Albanian Federation. With no support in the stadium, the Albanian Side heard the National Anthem booed then, as they were coming dangerously close to a goal, bottles started flying, and fireworks smoked on the green.

So when the drone flew over the stadium, as the only way to fly national colours in an aggressively hostile environment, the mayhem was more than 40 minutes old. The Albanian flag was considered a provocation, but that is the only flag we've got. I was at the Albania v. Denmark game last Saturday, and there were plenty of Danish flags in the stadium and being sold on the streets. Not offensive in the least bit.

Serbia defender Stefan Mitrovic tried to rip down the Albanian flag, over-imposed over a map of the territories where Albanians live in the Balkans, which caused a reaction from Taulant Xhaka of Albania who tried to defend the national symbols from being disgraced. And that is all it took, hooligans entered the pitch and they kicked and punched Albanian players mercilessly, in fact striker Bekim Balaj took a chair to the head on international TV.

Violence erupted at "Partizan Stadium" with the police forces seemed unwilling to control the angry mob of Serbian fans. Now the chants of "Kill Albanians" took a sharp turn towards being carried out. There is video footage showing security personnel encouraging angry fans to enter the filed, and Albanian Captain Lorik Cana confirms that they were hit inside the stadium by the security people who were there to assure their well being.

With cuts and bruised and bloody traumas to the head, the Albanian Side was understandably emotionally shaken and psychologically distraught, unable to play the beautiful game in such an ugly, ugly situation. Yet, the Serbian media has gone into high gear trying to put the blame on Albanian players, even contorting such ridiculous stories like the one that involves the Prime Minister's brother, as the person controlling the drone. Some Serbian media went as far as to declare that Olsi Rama was arrested, which he certainly wasn't, but negative propaganda thrives on such vile, and potentially destabilizing lies.

The game was called off by English official Martin Atkinson, and the Albanian Delegation had to be flown out of Belgrade in the wee hours of the morning, in scenes that appeared out of the 1990s, when there were no drones flying flags over Belgrade, rather, NATO planes were dropping bombs. And they were not perceived as offensive by the international media then.

But this time, it seems many have fallen pray to the Serbian Propaganda Machine, trying to spread blame evenly between the violators and the victims of repulsive, archaic, Balkans' style intolerance. We, in Albania remain in disbelief of the events that occurred in Belgrade on the 14th of October. Such thing is unimaginable to us. In fact, there is only one place in the world where this could have happened, and now we know which place that is.

It is disheartening to hear recent statements of the Serbian Football Association, that do not muster the courage to take responsibility for their complete failure at organising a safe international sporting event. The Serbian side seems unable to condemn the violence, extremism and racism that was displayed at Belgrade, but rather, they seem too busy weaving political statements that do not serve any purpose but to defend the shameful acts of racist violence and the unsporstmanlike conduct of their players, fans and security staff.


In the video, the Albanian Players trying to take the Flag chased by a Serbian player and the first break of the Serbian fans 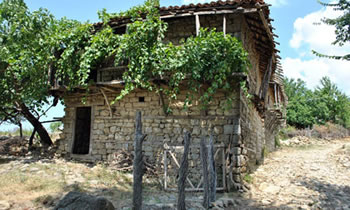 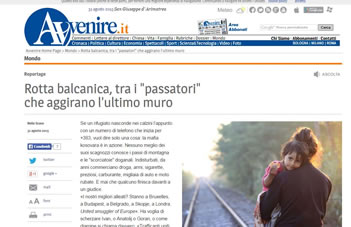 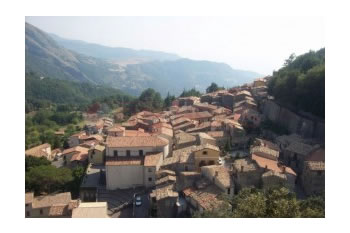 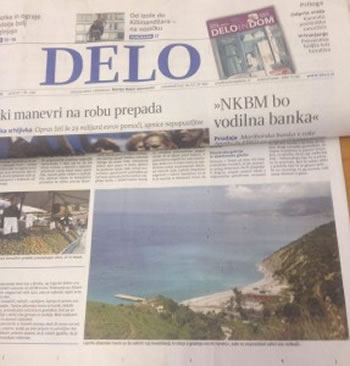 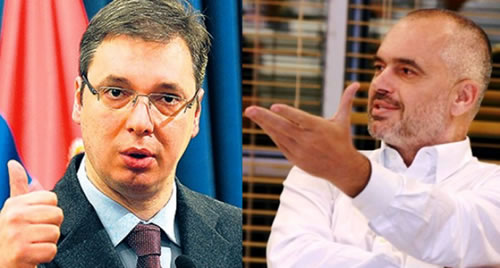 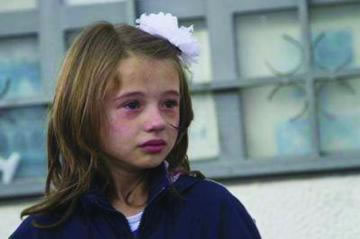 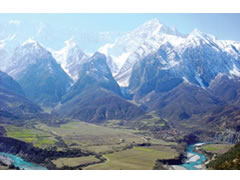 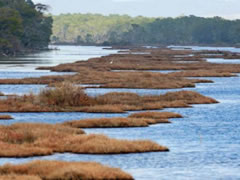 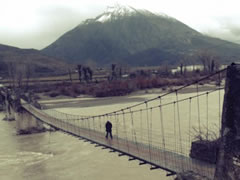 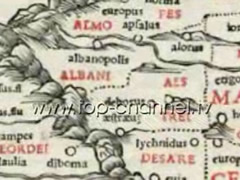 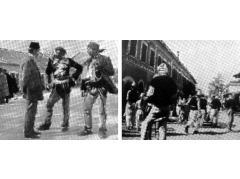 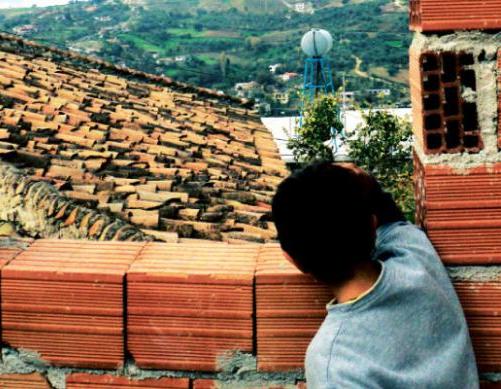